Skip to content
Photo by Deeana Arts on Pexels

Rethinking how or if to celebrate your anniversary 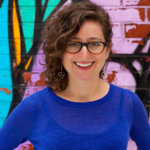 If your organization has a milestone anniversary year coming up, you may be wondering: “How big of a splash should we make?” Anniversaries mark a life cycle moment of accomplishments, so it’s typical for nonprofits to jump into planning mode. But before you get too far, we recommend asking yourself the following six questions:

Should we acknowledge this milestone moment at all?

It’s common for nonprofits to make a big deal over their anniversaries by creating a logo with the anniversary year on it, building microsites, planning galas, talking about it in every channel, etc. However, it’s worth asking if this is a good idea. While this milestone might lend your organization some credibility and give you something to talk about, anniversaries are not all that unique. After all, it’s always someone’s anniversary! If you do decide to celebrate it, we encourage you to honor the past, but put more focus on the present and the future. What is your vision for the next __ years (either your anniversary or another significant number)?

What are our primary goals for making a splash and what strategies will we rely on?

Defining possible goals and objectives will help you make decisions about which anniversary-related projects to take on and how you might measure success. Are you celebrating just to celebrate? Or are you trying to meet a particular fundraising goal or engagement rate numbers? Can you tie the anniversary to big organizational news? For example, use the anniversary to help roll out your new brand, or announce a bold new campaign initiative. Once you get clear on your goals and intentions, make sure to communicate them to those closest to the organization.

Who are our audiences for this celebration?

Milestone celebrations tend to lend credibility to specific audiences—for example, those most closely aligned with your organization. Since not all audiences will care equally about your anniversary, it’s a good idea to think through who our activities will reach. Identify and prioritize your intended audiences first, determine what their motivations or connections are, and then consider segmenting your communications accordingly. For example, you might promote the anniversary through a special event or series of emails with committed core audiences like funders, board, volunteers, staff, and alumni, but less with a more generalized audience repeatedly across your social media channels.

How should we talk about it?

The marking of time can be a point of pride for folks who’ve been doing the work for the longest. However, while taking the opportunity to look back, keep the focus on your future as an organization. Use your past track record as a powerful segue to highlight everything you want to accomplish in the future. You might also consider ways to celebrate your anniversary with more abundance, like spotlighting the organizations you’ve partnered with to get you here.

Should we plan a gala or other activities?

If you choose to plan an anniversary event, you’ll want to consider the pros and cons of doing it in-person vs. online versus hybrid (the most likely format). Keep in mind that there are many kinds of events beyond the traditional gala, like a breakfast, cocktail party, salon, or educational event. You can also consider different campaign approaches that might guide which event you plan, including these ideas from Neon One:

Whether you plan an event or not, your anniversary can be a great fundraising or advocacy hook—for example, use messaging like “become a $50/month donor in honor of our 50th,” “help us reach 50,000 signatures on this petition.”.

Last but not least, should we design an anniversary logo?

The answer to this will depend on your answers to the above questions, such as a consideration of your goals and audiences. You’ll also want to factor in your available budget and resources. It’s often the case that a special anniversary logo is not worth the investment, particularly for smaller organizations. In addition to the expense of paying a freelance designer and/or taking up time from your in-house staff, there’s also the time and budget spent to implement the logo on materials which you’ll likely change back in another year or two. Swapping in an anniversary logo in place of your usual logo can also create brand confusion. Instead of a logo, you may want to consider more flexible ways of expressing your anniversary, such as with a creative campaign theme or slogan. Approaching your anniversary as a campaign, rather than a brand extension can be a more nimble and pragmatic approach, but still provide you with space to mark the occasion and celebrate.

If you are looking for a strategic and creative partner to develop your anniversary campaign, we are happy to explore if we might be a fit. Contact us anytime here.

Sandy Zimmerman is a Design Director, Member-Owner at Big Duck

Does your brand have a shelf-life?

When will your brand strategy, visual identity, or messaging need updating? This blog explores when to iterate or overhaul.

Understanding your audiences is key to an effective, compelling brand strategy. This blog introduces four simple frameworks to help you identify and prioritize your audiences. The difference between your nonprofit’s brand and its campaigns

Campaigns that don’t effectively reflect their organization’s overall voice miss an opportunity to help audiences connect to the big picture.

Achieve more: Putting strategy to work for your nonprofit

Big Duck’s ebook, "Achieve more: Putting strategy to work for your nonprofit," outlines how to use strategy to make better decisions and achieve optimal outcomes.